A Complete Guide Of All The Best Weed Grinders To Buy In 2021.

No matter if you vape, roll joints or take bong rips; when it comes to smoking weed, there’s always something that you must have: a proper grinder. Here are our picks for the best grinders on the market right now. 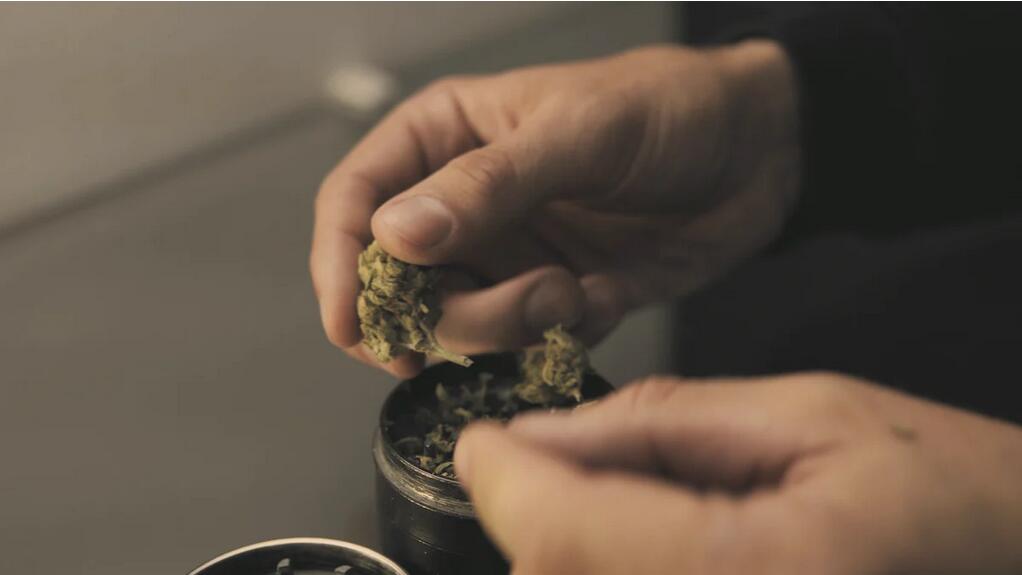 No matter if you are a cannabis newbie or a seasoned enthusiast when it comes to weed, there is something vital for a successful session: properly ground herb. Regardless if you are a smoker or a vape-user, the one thing that you must always have on you is your grinder. The reason is simple; you need fine, chopped up weed that can burn smoothly. Why? Because more surface area means better highs.

Some people use scissors, your fingers can also do the trick, but no method compares to the old reliable grinder. They come in all shapes and sizes, you can find them in any material you can imagine, and with recent innovations, you’ll find some that are impressive in terms of design and functionality. Innovation and technology are continually improving the grinding process, and if grinding evolves, smoking evolves as well.

Check out this selection of the best grinders on the market right now and see what makes a grinder stand out from the rest.

Why Use A Weed Grinder? 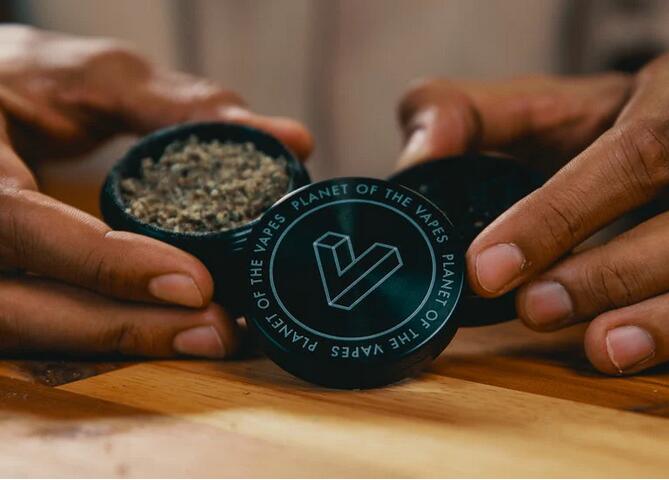 Using sharp teeth and a little hand power, or the press of a button if you’re working with one of the fancier electric types, a weed grinder rips your herb apart so that you don’t have to spare your fingernails or sacrifice the only pair of scissors you have in the house. As a result, you get perfectly smokeable ground bud without a sweat.

When you’re operating without a grinder, you can’t get your herb as fine as possible for optimal burning, especially if it’s that sticky-icky. Not to mention, you can’t get kief, the resinous trichomes that sparkle all over your bud and are mighty potent. Not easily, at least.

You could spend minutes cutting, or worse, picking your bud. Or, you could use a grinder and break down your stash in seconds and get kief, which you can sprinkle over your flower to enhance it. Talk about the icing on the cake.

Grinders also ensure an even burn. If you pack a bowl with chunky bud, then you can’t get as full of a bowl pack, and you’re essentially wasting it because it can’t heat it as thoroughly. Moreover, it’s harder to stir, and more often than not, there is still some green left, which you won’t realize until you go to dump out the “ashes.”

Joint and blunt smokers will benefit from a weed grinder as well. Weed that has been through a fine (but not too fine) grind can be evenly spaced out on papers and makes the rolling process breezy. And they smoke better, too. 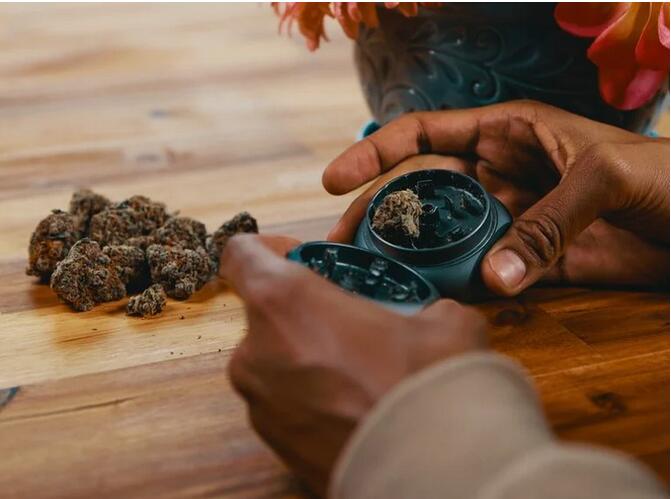 There are two main types of weed grinders: manual grinders and electric grinders. With manual grinders, a little more effort is required. You have to twist and turn using your hands to get the job done.

As for the cost of a manual grinder, the prices vary but most are considered affordable by the weed community. It all depends on the kind, as there are many varieties of manual grinders:

Though they aren’t popular, there are also 5-piece manual grinders. This type usually has four compartments: grinding, storing, and two for kief. Having two kief catchers can help you catch more potent flower powder since it has an additional screen to trap excess small plant material.

A card grinder is another type of manual grinder that doesn’t have any compartments and is slim and portable. Card grinders won’t grind as well as other manual grinders, nor will they capture kief, but they’re cheap and make for an easy grind on-the-go.

Aside from being made with a different number of parts, weed grinders are made out of different materials, each of which has its pros and cons:

Finally, you have electric grinders. Electric grinders do all the work for you, and some will even dispense your weed, which makes them handy for rolling. They tend to be on the pricier side and won’t preserve kief, but if you’re someone with arthritis or have achy hands, electric grinders take away the strain from the grinding process. 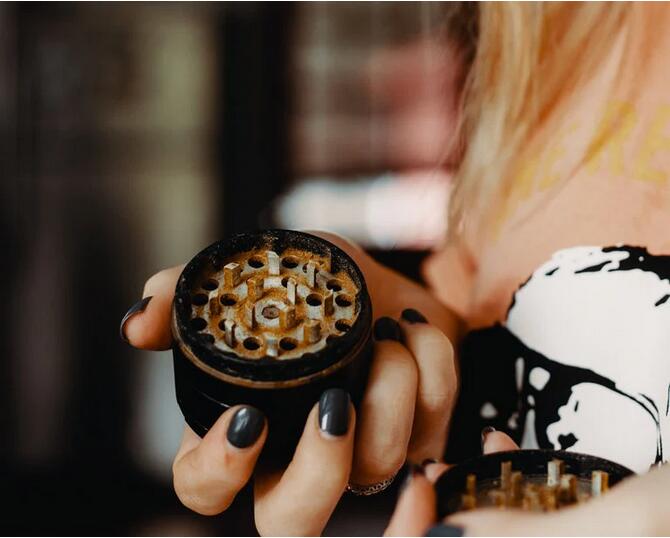 If you thought the selection of glass and vaporizers was extensive, then you’ve never tried shopping for the best weed grinder. There are thousands available, and they’re everywhere, from headshops to Amazon. You also run into risks when shopping for a grinder because you don’t know if they’re going to work until you buy them. There are few things worse than wasting money on a tool that does a weak job.